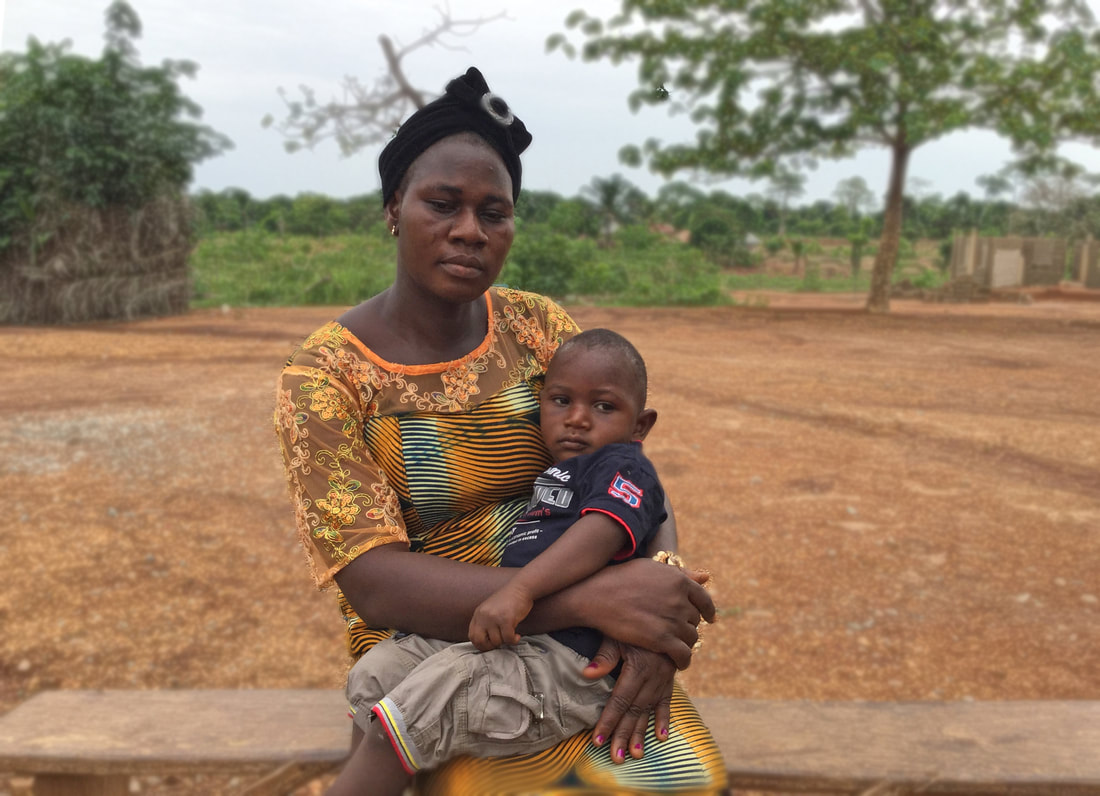 Helping to provide for the Health Care, Educational and Pastoral needs of the Nigerian people
In April 2016, Angela Testani visited Ebonyi State for 3 weeks. It included visiting the hospital “Mater Misericordiae” department by department to assess their needs and challenges. There is no running water, all the water is supplied via water tanks, no power lines- electricity comes from a generator, no personal protective supplies for the O.R. nurses etc. The hospital’s major surgeries are amputees because of the high number of diabetic patients. Major medical disease is ESRD from hypertension. M.M. Hospital WAS the only facility that had a dialysis machine. No longer working, the patients have to go to a nearby state for treatment, which they can’t afford the long trip, so they die.

She came back to the states, angry, frustrated, yet determined to do something about the situation. She went to Mt. Zion, San Francisco, California, to visit a friend, OR charge nurse, Margo Peterson CNIV, to ask her advice on how she could fill an entire hospital of much needed supplies/equipment. Margot referred her to MedShare, a non-profit organization that refurbish donated hospital supplies and make them available to other organizations. She contacted them and was explained what the process entailed. She would need to have a “sponsor” = her and $25,000.00!!! This would allow her to access their catalog and pay for the shipping of a fright container weighing 10,000 lbs. of equipment/supplies. They also recommended for her to have a local Nigerian agent to help with the legal documents from the Department of Finance and Customs.

Thus the idea to start a non-profit to support this need was born.
Angela Testani, a retired Catholic nurse, of Holy Name of Jesus Parish in San Francisco and Father Edward Inyanwachi, a Nigerian pastor of St. Patrick Parish in the Diocese of Abakaliki, Nigeria, are teaming up, in what Testani called a pastoral mercy partnership, to raise the money to ship containers of refurbished medical equipment to the local Catholic hospital in Nigeria. The goal is to improve basic health care services in the priest’s rural diocese, Abakaliki, Ebonyi State, Nigeria, where people suffer because of a lack of quality, accessible care and basic health education.
This boy baby, was left at the front door of Mater Misericordiae hospital in 2016. It was estimated that he was 1 1/2 yrs. old, malnourished and suffering from cerebral palsy.
In September 2016, Fr. Edward and I achieved our fund raising goal of $25,000.00 plus People approached us and suggested that we organize our own non-profit to continue with our Mission. In November 2016, The Mother of Mercy Charitable Foundation was born. In March 2017, 10,000 lbs. of medical/surgical equipment/supplies were delivered to the hospital and are still being used today.

Having completed our project for 2017, the Foundation’s project for 2018 was to build/construct a “borehole”, aka water pump. The cost was $3500.00. Through the efforts of a retired Peace Core worker, Mr. Richard Morten, he helped the Foundation in the fund raising for the project, and in February 2018, we started drilling.

The Foundation will be starting another campaign in late September 2018, to replace the generator-run operating rooms at Mater Misericordiae Hospital, with solar panels. We call the project “Our Clean-Air, Energy saving Initiative”. In 2019- the Foundation is looking into building a library that will be situated in between 3 schools, equipped not only with books, but with a computer lab as well.
In what Testani called a pastoralmercy partnership, she and Father Inyanwachi are working together to raise the money to ship a container of refurbished medical equipment to the local Catholic hospital later this year. The pair will seek to raise the $25,000  needed in a series of fundraisers this August when the Nigerian priest comes for a summer visit.

Testani, who retired from nursing at Mt. Zion Hospital in San Francisco in 2012, had been making annual shipments of basic medical supplies to Father Inyanwachi but said she felt “called to do more” since returning from an independent humanitarian nursing mission in Sudan in 2007. She told Father Inyanwachi that she would like to come to his parish, survey the state of health care in the region and assess the obstacles to improving it. He agreed.

Early in her visit the priest introduced her as a visiting nurse from America during Mass. When she walked out the door, she found 16 people lined up to see her.

During her 10-day trip Testani learned that a combination of poverty, poor nutrition, native superstitions and inadequate health care cause suffering, illness and death for villagers of all ages. The average lifespan is 60.
​Angela Testani gives a tour of the all-boys vocational, boarding school in the village of Afikpo, Ebonyi State.
“There is no way I would address anyone about their health without asking about all those things,” she said. “I didn’t want to be seen as an American trying to impose my ideas on them.”

She talked to the women about stress, nutrition and rest and learned that no one had ever told them about basic self-care. She said she was humbled by one woman who asked her: “Who am I that you should even want to listen to me?”

“I said to her, ‘You are I are children of God, no more, no less,” Testani said.

Testani’s long-term goal is to provide a traveling medical van staffed by the nurses at Mater Misercordiae and to empower local women.

In an email to Catholic San Francisco, Father Inyanwachi said, “My hope is that this collaborative work with Angela will provide an opportunity for an outreach in the proclamation of the good news. It will serve as a way in which the church in San Francisco will bear witness to the love of Christ toward our brothers and sisters in the Diocese of Abakaliki.

“It is my hope that in the long term it will lead to a solid partnership and friendship not only between a San Francisco parishioner and a Nigerian pastor to improve health care, but also between the church in San Francisco and in Abakaliki in areas of evangelization, catechesis, education and health care.” ​
Download Article HERE
Video of Angela Testani’s visit to Ebonyi State, Nigeria
HEALTH: SF nurse, Nigerian priest team up to improve care in rural village