Founded in November, 2016, "The Mother of Mercy Charitable Foundation” or MMCF is a non-profit organization.
The Birth of MMCF
While earning his doctorate in Catholic educational leadership at University of San Francisco, Fr. Edward Inyanwachi, a native of Ebonyi State, Nigeria, served in a number of San Francisco parishes. During this time he met one of those parishoners, Angela Testani, then a nurse at University of California, San Francisco.  With a shared commitment to helping others, a spiritual bond developed between priest and parishioner. When he returned to Nigeria, Fr. Edward invited Angela to visit his parish to see how her nursing experience and contacts in San Francisco could help the rural population he served in Ebonyi State.  Angela first arrived in Nigeria with suitcases full of basic medical supplies and had previously sent pallets of books to Nigeria.  Angela had also volunteered in New Orleans after Katrina  and in Sudan.  But it wasn't until she visited Fr. Edward that she felt like she could really make a difference in people's lives - the people in Nigeria.  In 2016, Fr. Edward and Angela decided to ramp up their efforts to raise money by setting a $25,000 goal to ship 10,000 lbs of medical equipment and supplies to a hospital in Ebonyi State. In September 2016, after they had achieved their fundraising goal, people encouraged them to organize their own non-profit to continue with their mission. In November 2016, the Mother of Mercy Charitable Foundation was born and in March 2017, 15,000 lbs of much needed medical/surgical equipment/supplies (5,000 lbs over the original goal) were delivered by MMCF to the hospital.  The origins of MMCF are detailed in a Catholic San Francisco newspaper feature article.  For the full article read HERE.

​Mission Statement for The Mother of Mercy Charitable Foundation

"Helping to provide for the Health Care, Educational and Humanitarian needs of the Nigerian people."

MMCF assisted Mrs. Alice Nwojiji after a fire in her home left her seriously injured, bedridden and forced her children to be sent to live elsewhere. Through MMCF's intervention, Mrs. Nwojiji completed her medical treatment, physicial therapy, rehabilitation and is regaining her mobility. She is now reunited with her children.
Highlight of Past and Future Projects​
PAST PROJECTS
•  15,000 lbs Shipment of Medical Supplies in 2017
•  Installation of Solar Panels to power Laboratory at Mater Misericordiae Hospital, July 2019 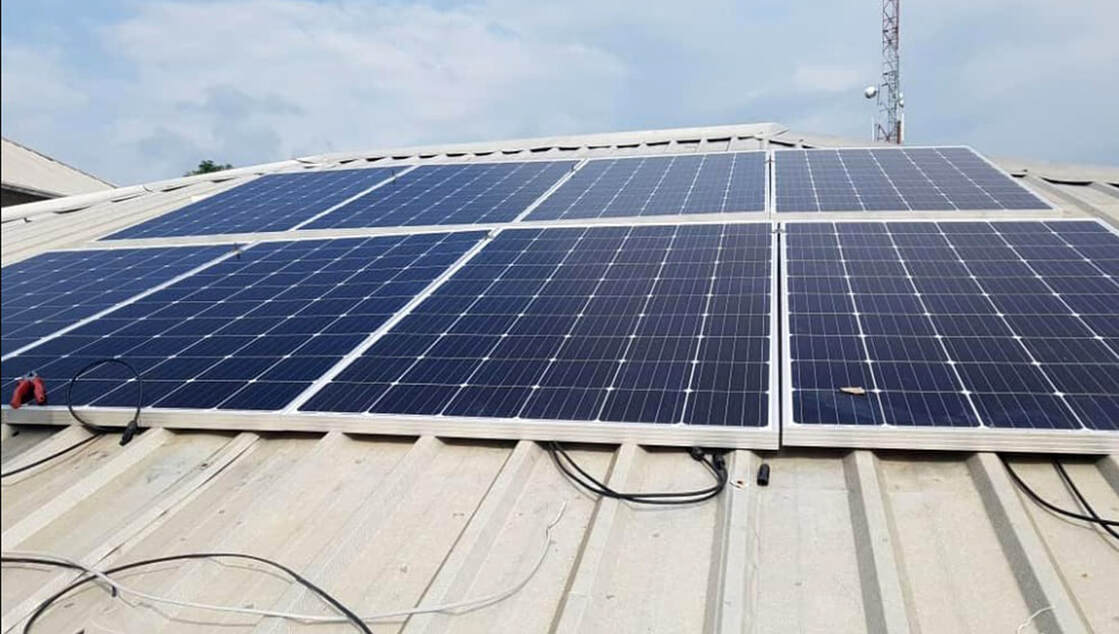 Solar Panels acquired by MMCF are installed on Mater Misercordiae Hospital's roof in July 2019 to power Hospital's Laboratory.
•  Delivery of a Reliable Source of Safe Drinking Water to Village in Ebonyi State in 2020

On Christmas Eve 2020 - months into Nigeria's annual dry season - when all the other wells in the village have run dry, parishioners of St. Patrick's Uburu Amachi continue to gather after mass to draw water from the borehole well gifted by MMCF and its supporters. As Fr. Edward Iyanwachi notes this photograph depicts "the scene we have every morning after morning Mass."

• Textbooks for schools in Akabaliki Diocese

A Glimpse of Ebonyi State, Nigeria and the people served by MMCF

MMCF ​​Board of Directors and Officers

Like the board members of most charitable organizations, MMCF's board members are volunteers who receive no remuneration or monetary compensation for their services.
More About Our Board.